Beer is a living drink, and the breadth of styles, flavors, brewing techniques, and combinations means it never gets old. We love traditional styles, and strive to achieve perfection with every simple lager or ale, approaching it as a zen-like process from start to finish. We also enjoy mixing things up and experimenting with ingredients, brewing one-off special beer every month.

With decades of professional brewing experience, we built a brewery that is designed for maximum control and refinement of small batches, assuring we can achieve quality and balance in every beer–whether it’s a classic Pilsner or a Bourbon Barrel-Aged Imperial Stout.

In addition to the beers that we brew consistently, such as those below, we like to explore different styles and create one-off specialty beers. Visit our brewery to try the freshest selection of current beers, or visit our online store to get 4-packs of beer that we can fresh every week. 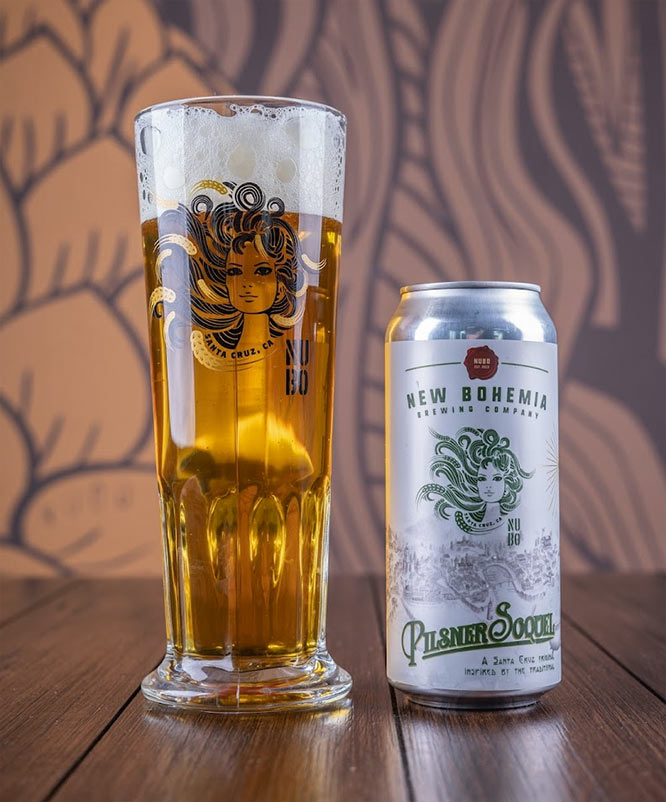 Our Beer Story begins with our Pilsner Soquel. NuBo’s co-founders (Dan and Mike) lived in Europe in their 20s, and Dan began his professional brewing working for a family-owned brewery with a 150-year history in the Black Forest of Germany, following traditions and techniques that earned Bavaria its reputation for outstanding lagers. Mike lived in the former Czechoslovakia, and fell in love with the fresh Pilsners that originated in the Bohemia region of today’s Czech Republic.

Back in the US, craft brewers didn’t seem interested in anything that wasn’t IPA, and Pilsners were mostly bland derivatives of what we found overseas. New Bohemia therefore began with a simple idea, that Old World knowledge still had plenty to offer, and Santa Cruz would be the ideal place to establish a brewery that could be original in today’s beer scene, while being inspired by traditional methods, to produce exceptional beer.

Like most classics, a beer done right is about finding balance–between sweetness and bitterness, malt and hops. Managing to be crisp and refreshing without being bland, and with a healthy head of dense foam atop its clear golden color, brewers worldwide recognize Pilsners as the most challenging beer to produce, as the slightest imperfection can destroy its delicate balance.

Our Pilsner Soquel uses special ingredients, with yeast that is sourced from the Budvar brewery in the town of Ceske Budejovice (Bohemia). It’s brewed with step fermentation and aged in horizontal lagering tanks, to assure the clarity and complexity that make it a classic. 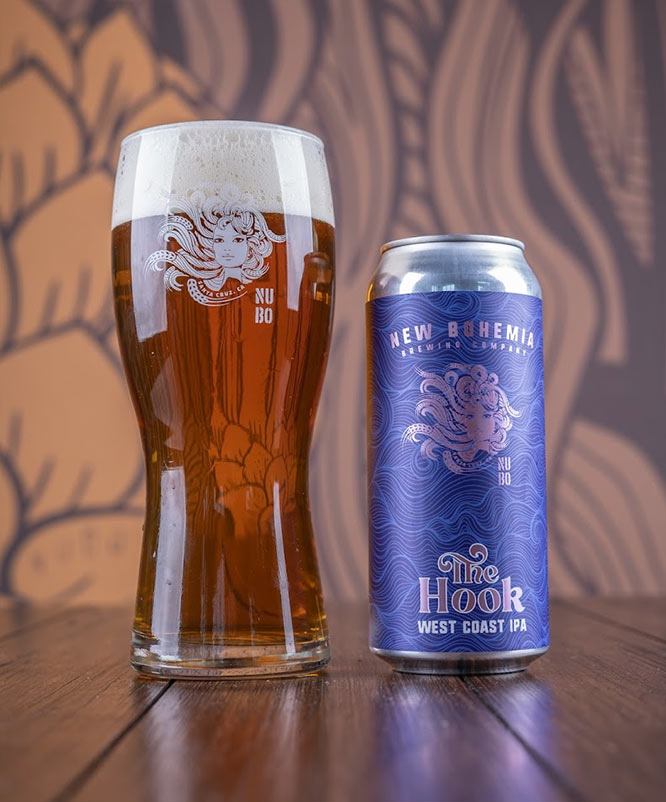 This is an extra dank, piney and fruity West Coast IPA with a super clean malt bill consisting of Admiral Pilsner malt, that’s juiced up with a hop medley of Citra, Strata, Eukanot, and lastly, the alpha acid bomb, Bru-1 Lupomax. 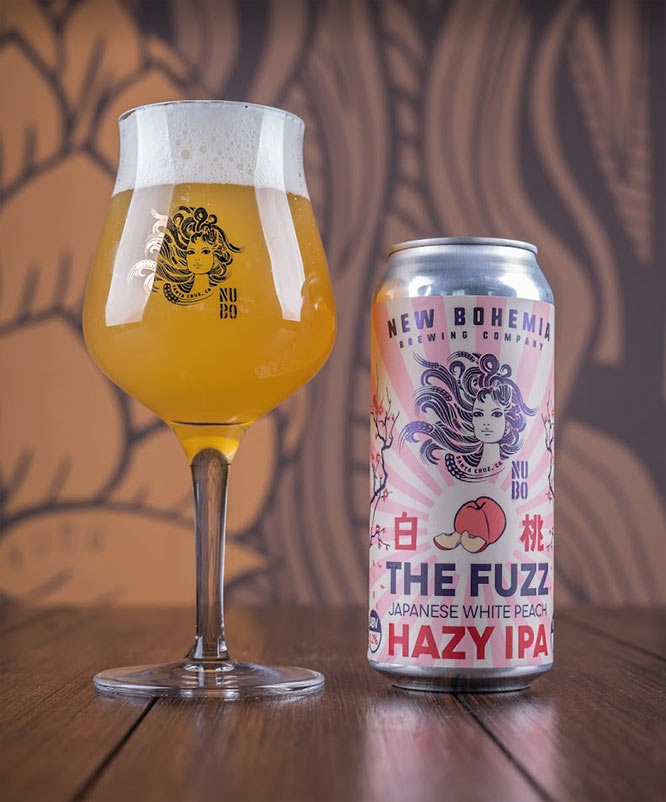 The Hazy IPA style may be an American invention, but we took inspiration here from Japan. When our brewmaster (Dan) was in Tokyo, he enjoyed fruit drinks that were infused with lactose, and that began a thought experiment that resulted in this Hazy, with a malt and hop profile that provides the ideal base for fruit and lactose infusions. The result is the first time we’ve found hopheads and hopophobes in total agreement—‘The Fuzz’ is the bomb! 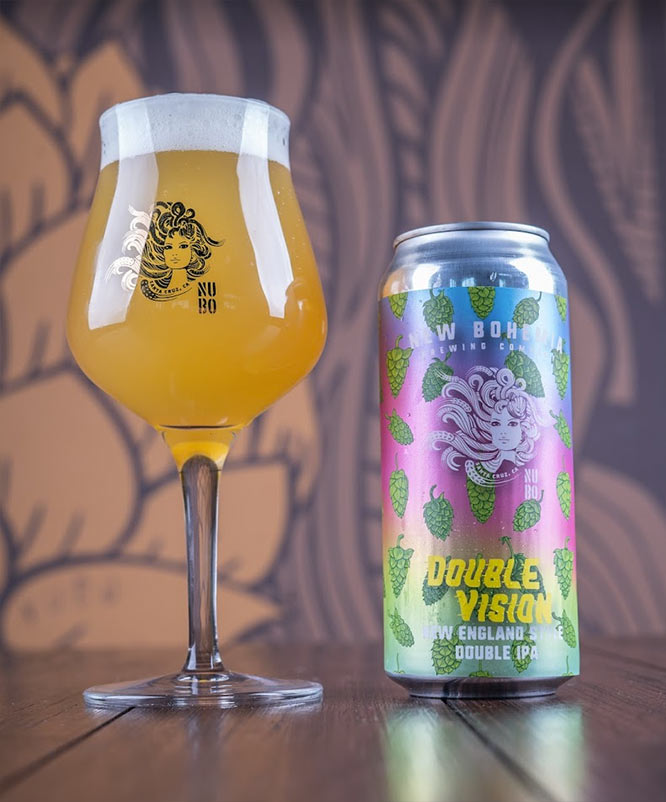 Our Double Hazy IPA is light and fluffy, and full of aroma! The base of Pilsner malt, Malted Oats and Malted Wheat provides the delicate mouthfeel and structure to balance juicy flavors of dank gooseberry, guava, and fresh pine, coming from huge amounts of Nelson Sauvign, New Zealand Wai-iti, and Amarillo hops. Double Vision will have your palette singing 'Hallelujah' and your brain drifting on a rainbow cloud. 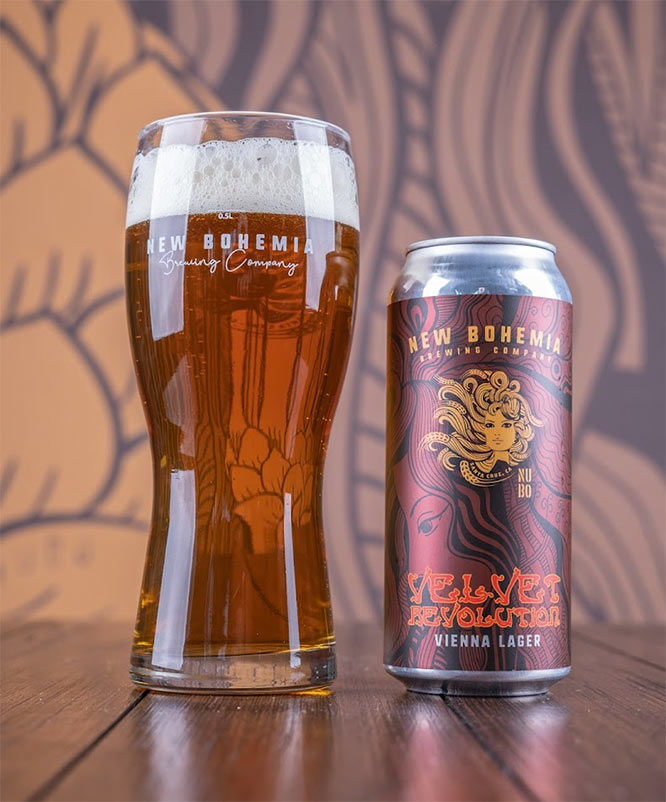 The Velvet Revolution in 1989 started in the beer halls. It touched off a political movement and artistic renaissance, eventually replacing a communist dictatorship with a president who was a playwright and philosopher (not to mention a serious beer lover). We can take a lesson, that if we want a better world, we should start with better beer! Our Vienna Lager is inspired by those beer halls, where lagers are poured fresh by the liter and enjoyed heartily. Toasted malt flavor, balanced by Lemon Drop hops, then lagered properly in horizontal aging tanks for smooth drinkability. Na zdravi! 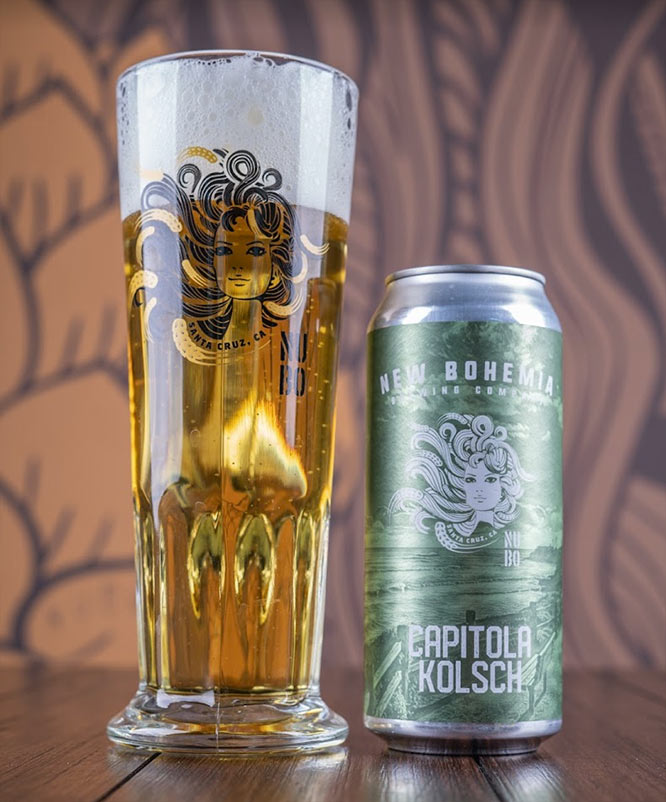 Kolsch is arguably the perfect summer beer style. An ale that goes down like a lager, with an ease that's crisp and creamy. The style originated from the German Rhine, but our Capitola Kolsch is made for the Santa Cruz coastal vibe. Brewed with Admiral Pilsner and Pale Wheat Malts, it is light without being weak. We use Mandarina Bavaria Hops in the boil, and dryhop with New Zealand Wai-iti to provide a soft fruity flavor that pairs with BBQ, fresh fish, and spicy Asian cuisine! 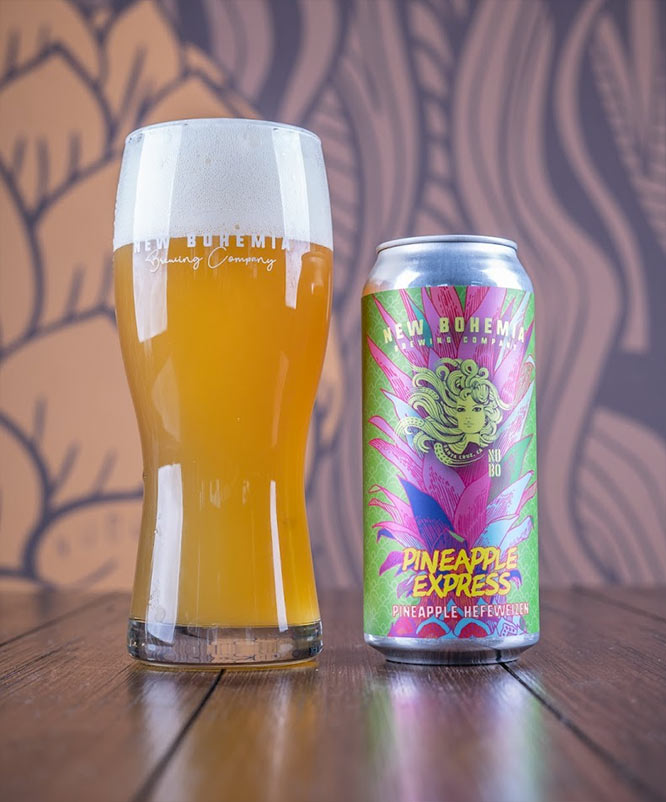 Our Pineapple Express! Wheat Beer is made with the original Weihenstephaner Hefeweizen yeast from Bavaria. This yeast is the life of the party during fermentation, doing its fine work quickly and at warm temperatures, throwing off fruity esters (banana!) and spicy phenols (clove!), This creates a multi-flavor explosion when a healthy dose of pineapple puree is added, making for the Summer's most delicious thirst quencher.